There has been a small sacred work of art on the Pitztal Glacier at an altitude of 2,900 metres since 1998 now: The Chapel of the White Light, with its white, luminous carrara granite, forms a stark contrast to the surrounding red rock.

The chapel was designed by the Tyrolean artist Rudi Wach (born 1934), who lives in Milan. Just like a sculpture, the chapel was meant to stand on its own while still blending into the white mountain world. Rudi Wach, the sculptor and artist, was keen to ensure that his building did not compete with God’s own creation of nature, but rather paid homage to it by making the beauty of the mountain world shine even brighter through a white sculpture.

Architectural data and background to the construction of the chapel

The shareholders wanted to construct a chapel in gratitude for the fact that the exploitation of the Pitztal Glacier took place without any serious incidents or accidents. This chapel is meant to express gratitude and veneration towards nature as well as the mountain world that has made it possible for the people living in the high mountain valley to develop and maintain a livelihood through tourism.

It was a process spanning several years between the client and the artist before the sacred building was finally ready to be built in all its details.

Countless meetings, discussions, disputes, discarding of sketches and concepts proved necessary until the design, the choice of stone, the plan for the altar and the cross were finalised and ready to be implemented.

It was originally hoped to build a chapel out of solid marble blocks. Yet the limits of what was feasible in terms of transport, costs and logistics of these stone blocks were reached. The solution to this problem was found by the Italian engineer Grassi: The basic structure of the chapel was to be a stainless steel construction to which 180 granite bricks were attached, looking like solid marble blocks to the uninformed eye.

Still weighing up to 3,370 kilograms, the stone blocks were transported up the mountain especially for the construction of the chapel. The entrance to the 8.20-metre-high building is made up of a 3.70-metre-high titanium doorway that weighs about two tons. A massive altar, also made of granite and weighing almost a ton, can be found inside, which measures 4.60 × 3.80 metres.

The small coloured windows above the altar generate a colourful play of light depending on the sunlight. 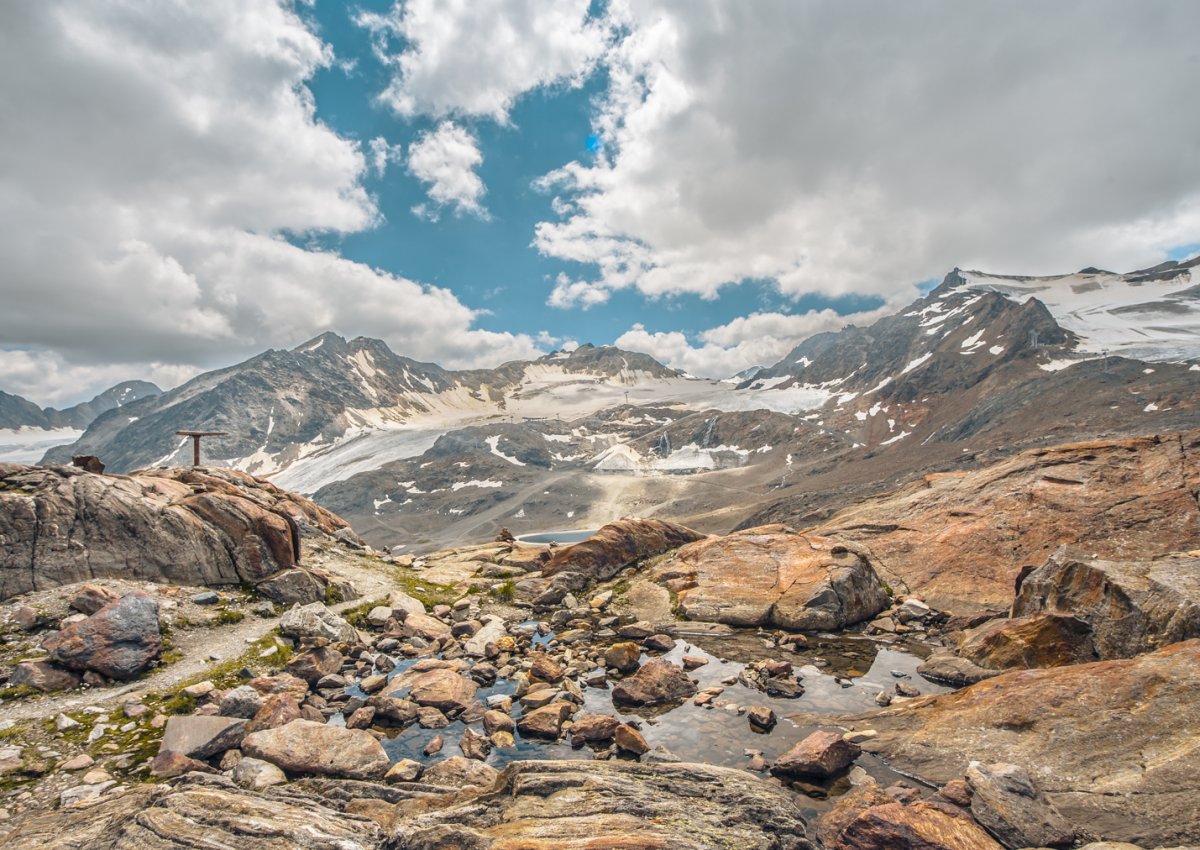 There is a path around the chapel that is easy to walk, with individual stops that invite you to linger and marvel at nature and life. A very unique place on the Pitztal Glacier where you can find some tranquillity and regroup your thoughts. The light flooding into the chapel is refracted through the colourful windows, dancing joyfully across the altar.
Walking time: approx. 15 minutes 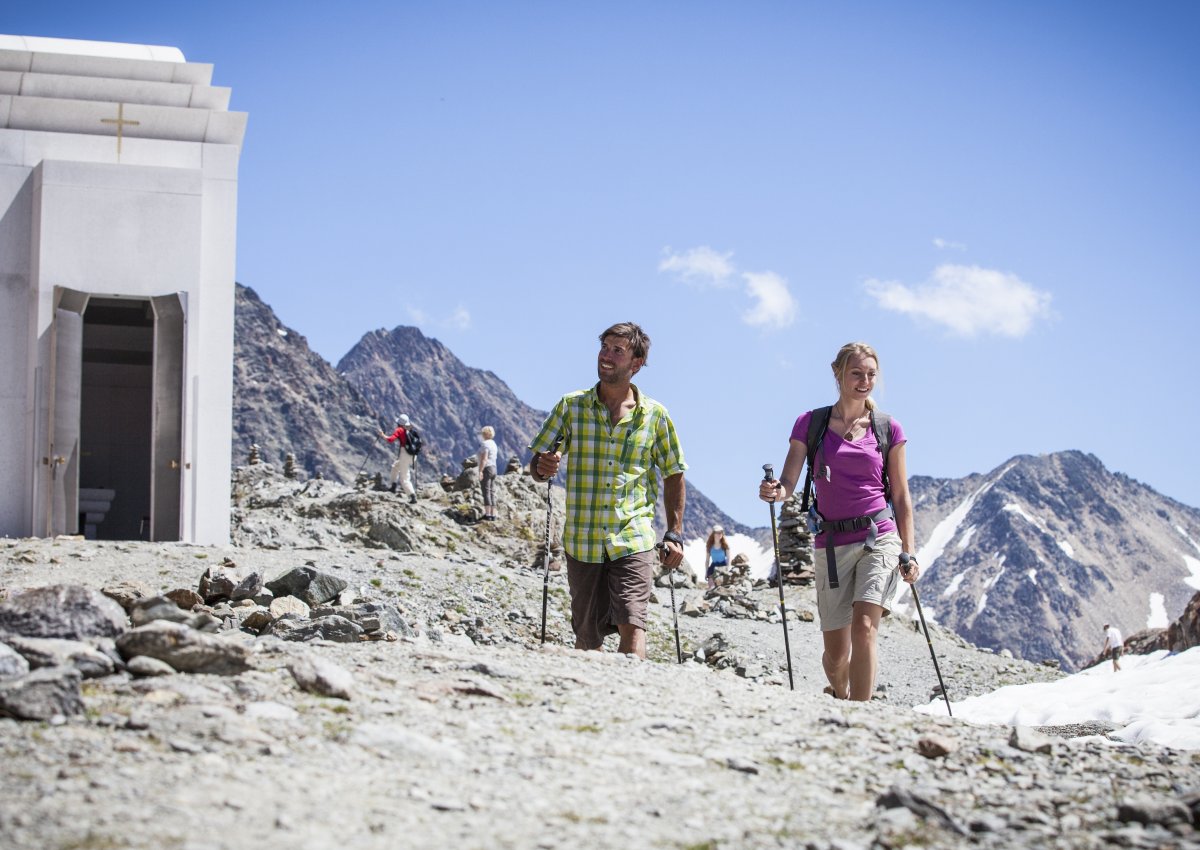 The sculptural building of the chapel looms up just a 5-minute walk to the east of the Kristall Mountain Restaurant. The Chapel of White Light is open throughout the glacier’s operational hours and is a must-see destination on the Pitztal Glacier at any time of year.

Ever since the chapel was built, it has become a tradition on the Pitztal Glacier for employees, locals and guests alike to give their thanks in a service to mark the end of the winter season when it comes to a close (around mid-May).

Everyone is warmly invited to this service! The ascent with the Gletscherexpress is free of charge for foot passengers on this day. Please contact our office at +43 5413 8613 or pitztal@tirolgletscher.com for the exact date and time of the annual service.